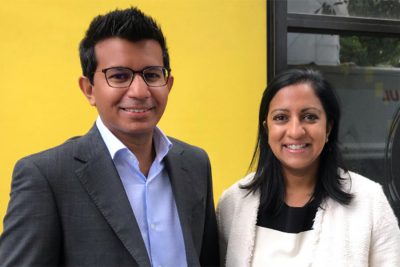 Prior to joining Bastion Reputation Management, Michele had extensive experience as a journalist working across some of the ABC’s flagship programs including ABC News, The 7.30 Report, AM and PM. After a stint as a communications consultant, Michele returned to the ABC in senior management roles, including as the Head of Strategy and Staff Development for ABC News, where she focused on the ABC’s transformation to a 24/7 digital news service and later as the ABC’s Head of Community Engagement, Diversity & Inclusion where she supported women and culturally diverse employees into senior leadership positions across the organisation.

Ibrahim has also worked in various communications roles at the United Nations and spent three years as Under Secretary at the President’s Office in Maldives. He will join the agency’s growing Media & Insights practice.

Both Michele and Ibrahim will complement the existing expertise within the business and continue to expand the support RM provides its clients across business, Government, sport and community. Michele and Ibrahim both bring a wealth of knowledge and experience as well as unique skills that will help to round out our team at Bastion Reputation Management.